Modafinil vs Caffeine: Effects on Fatigue from Inadequate Sleep 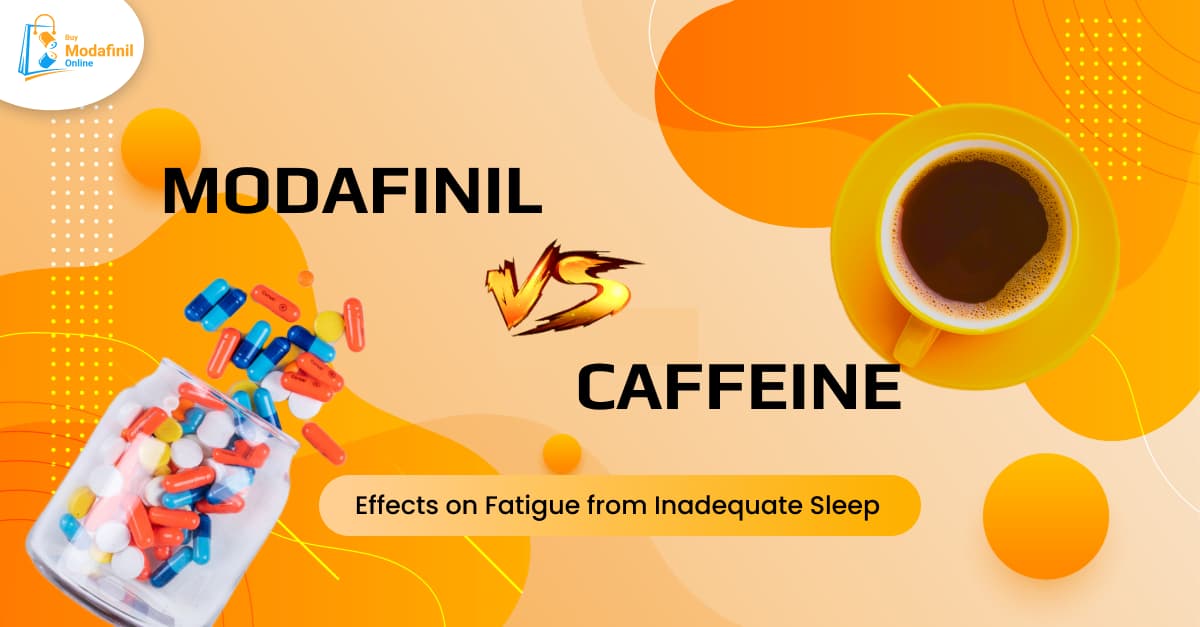 Caffeine is our go-to drug for getting rid of sleep. Obviously, we do not take caffeine as pills, but as our beloved beverage, coffee! Coffee contains a significant amount of caffeine, a natural compound produced by coffee plants. But is it better than modafinil to avoid drowsiness?

The amount of caffeine present depends on the kind of beans used to make the beverage and, more importantly, the method by which the beverage is produced. For example, coffee drinks made with espresso have a higher caffeine content than instant coffee powder-based drinks. At any rate, coffee is the most popularized and accepted way of warding off sleep.

Let us discuss if we can and should replace coffee with Modafinil to feel alert after we wake up.

Modafinil has currently emerged as a smart drug to stave off sleep with vast off-label uses. This has resulted in the availability of Modafinil for sale across online websites catering to a growing user base of the drug. A key mechanism of action of modafinil is to increase dopamine levels in the body. A neurotransmitter and hormone, dopamine generates feelings of pleasure and motivation. Additionally, it increases alertness, focus, and physical activity by stimulating the central nervous system. As an atypical DAT inhibitor, modafinil slows dopamine reuptake in the body by binding to dopamine transporters (DAT). Because of this, the neurotransmitter builds up in neuronal synapses and has a longer-lasting effect. The term "DRI," or "dopamine reuptake inhibitor," is also used to refer to modafinil. 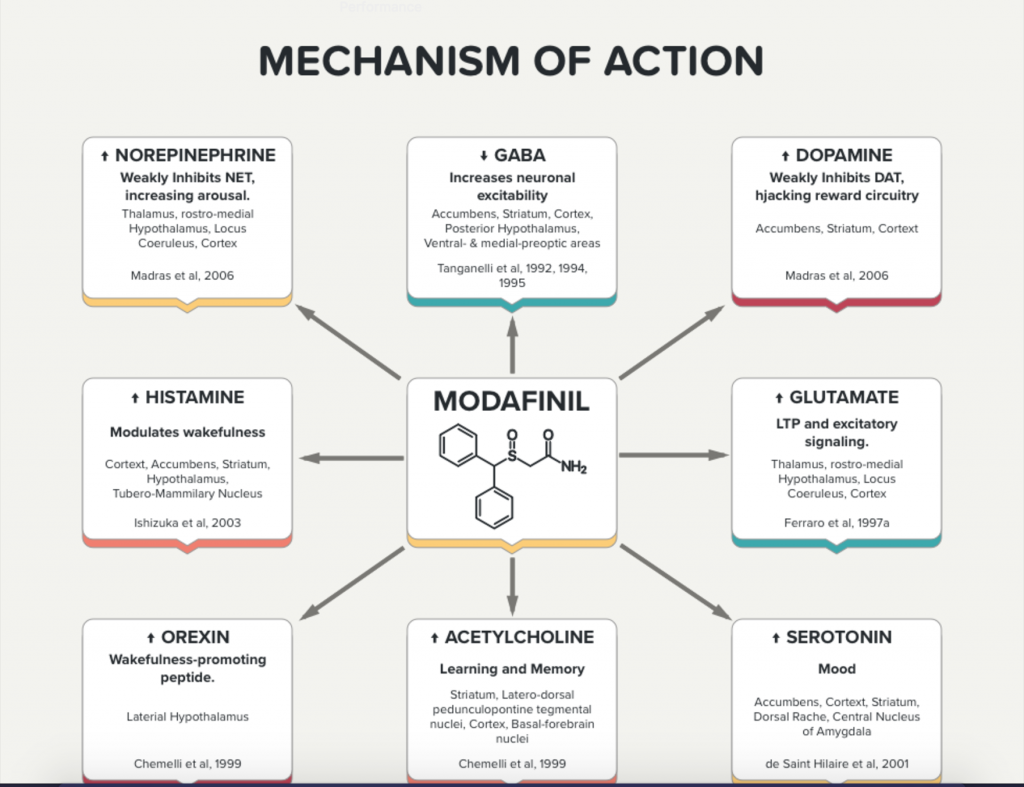 The two main uses of modafinil are to treat sleeping disorders when prescribed and to increase alertness when used off-label.

Narcolepsy and shift work sleeping disorders are both treated with modafinil. Increased dopamine levels prevent sleep because they counteract the brain's sleep-inducing mechanisms. This enables people who find it difficult to manage their sleep-wake cycle to plan their sleep and wake times.

The amygdala in our brains is known to be dampened by modafinil. The amygdala produces fear in response to environmental stress. Modafinil aids people in preventing panic attacks when under stress by calming the amygdala.

Professionals and students frequently use modafinil to stay alert and productive during long workdays.

Chemically, caffeine is a methylxanthine alkaloid, a type of purine. Purines are commonly known as they are found in your DNA. Adenine and guanine are two purines widely found in our DNA. Caffeine is produced in caffeine-producing plants like the coffee plant through biosynthesis, a metabolic process. Artificially, caffeine is obtained in high volumes during the decaffeination process of coffee. While we normally consume caffeine by drinking coffee, several synthetic beverages like energy drinks 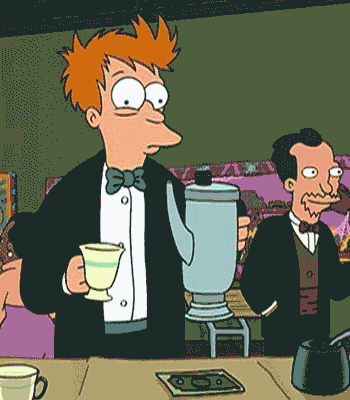 Caffeine has been traditionally taken for a long time due to its alertness-inducing effect. It is quite common in pop culture to have coffee in the morning to properly "wake up” from sleep and even during the late night “crunch hours”! So, how does caffeine keep us awake? Caffeine affects adenine receptor binding in the neural synapses. When we wake up from a bout of restful sleep, the number of adenine molecules in the synapses is rather depleted. The adenine molecules accumulate in our synapses as we go about our daily lives, staying awake and working. As adenine molecules accumulate in synapses, they bind to adenine receptors. This binding action gives rise to a cascading biochemical reaction which ultimately induces sleep. This is a part of the natural circadian rhythm. Caffeine antagonizes this process by not allowing adenine to bind to its receptors in the neural synapses. Caffeine, being a purine, is structurally very similar to adenine, which is another purine molecule. Caffeine directly blocks the binding site of adenine to the adenine receptors and stops the kickstarting of the biochemical reaction that results in sleepiness. In this way, caffeine helps avoid drowsiness.

Is Modafinil better than caffeine?

Yes, in terms of inducing alertness after a prolonged period of sleeplessness, modafinil works slightly faster than caffeine. Studies suggest that the effects of modafinil and caffeine are very similar in effect when it comes to stave off sleep, especially during prolonged hours of sleeplessness. Researchers conducted experiments observing populations of volunteers who were kept awake for 36+ hours with scheduled dosages of modafinil, caffeine, and placebo in different populations. People who received modafinil and caffeine showed marked alertness in comparison to the placebo population. Between the modafinil and caffeine-dosed populations, alertness was observed. At a higher dosage, modafinil showed great efficiency in reversing fatigue caused by prolonged sleep deprivation. In the case of caffeine, a larger dosage was necessary to illicit similarly high results. Additionally, it is important to note that caffeine merely counteracts drowsiness by jeopardizing the natural circadian rhythm of the body. However, as a dopamine reuptake inhibitor, modafinil not only eliminates drowsiness but also creates a fresh feeling of alertness. Caffeine also does not have any marked effect of increasing focus, instead, too much caffeine can cause loss of focus. Modafinil helps in increasing focus and elevating cognitive capacities.

Based on an extensive amount of research conducted throughout the past decade, it can be safely said that modafinil is much more effective than caffeine as far as inducing alertness in a sleep-deprived state is concerned. Furthermore, it is not entirely possible to take caffeine in calculated doses as we commonly take it through coffee. As a result, overdosing and subsequent unpleasant effects like increased heart rate and dizziness can ensue if one is to keep drinking coffee while they work to stay alert. On the other hand, modafinil can be taken in calculated doses which are highly effective in staving off sleep for up to 8 hours or more, depending on how sleep-deprived you are. However, coffee is a pleasant beverage that a lot of us enjoy, and it is not likely (definitely not me!) to give up coffee completely and switch to Modafinil. While it is wise to choose modafinil for the purpose of staving off sleep, we can always let coffee remain in our hearts as a beloved beverage. Remember that consuming caffeine with modafinil is considered contraindicative and can lead to overdosing. So, decaf, perhaps?