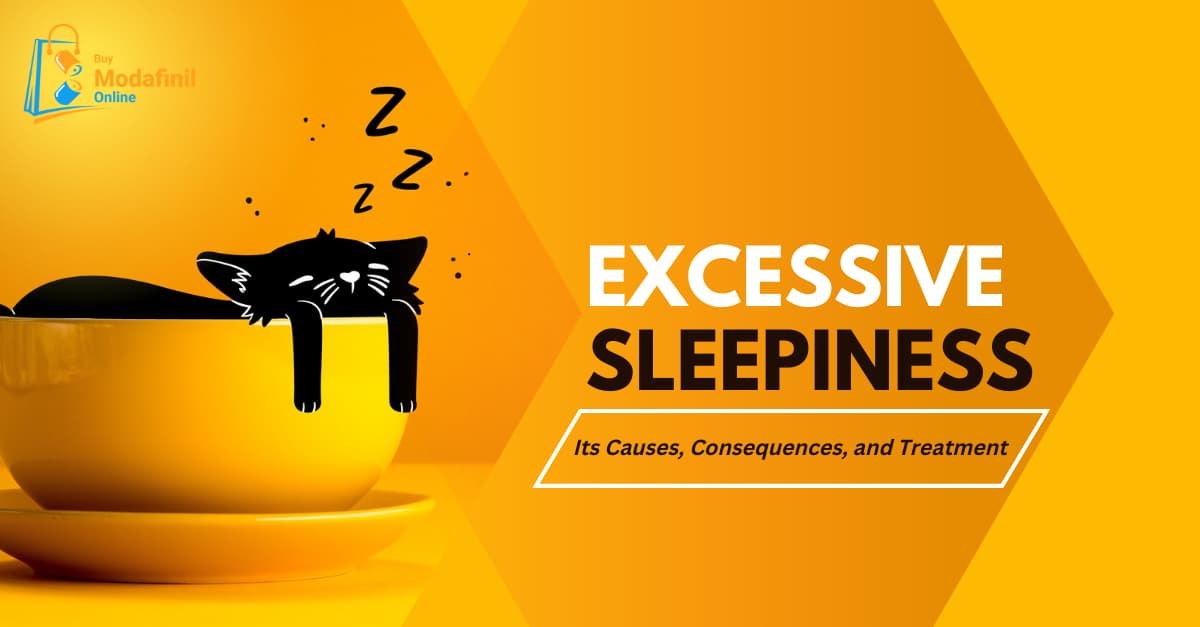 Being overly drowsy during the day is cumulatively referred to as excessive sleepiness. Feeling drowsy is common when you are sleep deprived or fatigued. It is considered a case of excessive sleepiness if you feel sleepy and disoriented even after getting good sleep for 10+ hours. Contrary to fatigue, which is primarily caused by low energy or lack of sleep, excessive sleepiness meddles with your physical as well as mental capacities. For instance, lowered muscle control and feeling inexplicably exhausted. This, in turn, often impairs your ability to carry out daily tasks, maintain focus at work, and maintain relationships.
There are now several countermeasures to deal with excessive sleepiness. Besides lifestyle changes and diet, medications like Modafinil can help treat excessive sleepiness. Modafinil is a safe and effective way of dealing with the condition, not to mention accessible as you can easily order Modafinil online. However, before you do that, it is better to have a better understanding of the condition. Let us discuss excessive sleeping, it's causes and consequences in detail within the scope of this blog.

What makes you sleep too much?

Commonly developed in children and young adults, narcolepsy is a neurological disorder that causes your body to lose the ability to properly regulate the natural sleep-wake cycle. It often goes undiagnosed and untreated as individuals with narcolepsy are considered to be lazy or sleepy. The chances of narcolepsy being misdiagnosed as a psychological disorder are also quite high. However, it is not the only prevalent sleep disorder. It is an uncommon disease.

A narcoleptic, quite like an insomniac, will frequently wake up throughout the night. They will then experience bouts of uncontrollable daytime sleepiness at inopportune times during the day. Narcoleptics are even known to doze off during meals or conversations.

Sleep apnea in itself is not a sleeping disorder. It is a disorder involving irregular breathing. Individuals suffering from excessive obesity, pulmonary conditions, or type II diabetes often also suffer from sleep apnea. It is characterized by repeated halts in regular breathing, hampering the normal breathing cycle. Snoring and gasping for air are also signs of sleep apnea. The condition poses a potential sleep disorder as it can make people feel drowsy all the time because it prevents them from getting enough deep sleep at night. Sleep apnea comes in two main types. These are

RLS makes one feel the need to move their legs constantly and in an uncomfortable way. It is found to happen at any point while one is lying down comfortably or doing work. A sensation of throbbing or unease is felt in the legs, which goes away when one gets up and moves around. Although RLS is not a sleeping disorder in itself, it often makes it challenging to go to sleep, resulting in sleep deprivation and excessive daytime sleepiness.

RLS is not very uncommon, as 1 out of 10 people may have the condition. It is a neurological disorder attributed to the irregular functioning of the basal ganglia in our brains, often due to genetic components or an iron deficiency in the body. Nevertheless, the detailed cause of RLS is still vague to doctors.

One of the more prevalent signs of depression is a noticeable change in your sleep pattern. You may sleep significantly more or significantly less than you used to when you are depressed. You may feel excessively sleepy during the day if you don't get enough sleep at night. Sleep changes can occasionally be a precursor to depression. For some people, changes in sleeping patterns start to happen after other symptoms do. There are numerous potential causes of depression, such as traumatic experiences, abnormally high levels of some brain chemicals, and problems with the parts of the brain that control mood.

Some medications for hypertension, antihistamines, antidepressants, antiemetics, epilepsy medications, anti-anxiety medications, antipsychotics, etc., are known to cause drowsiness as a side-effect. In some cases, drowsiness is necessary to calm the patient or help them get more rest, which is necessary when the body is healing from a condition. In yet other cases, sleep induction is merely an inopportune side effect that meddles with your daily routine. Nevertheless, it is not wise to stop taking a prescribed medication simply because it is inducing excessive sleep. It is advisable to consult a doctor who might change the medication or prescribe eugeroic drugs like modafinil to help with the drowsiness.

As we get older, we lose the capacity to maintain deeper stages of sleep and wake up more frequently. As a result, the quality of sleep is reduced, leading to a continuous feeling of drowsiness.

The term “idiopathic” is used to indicate that the condition has an unknown cause. Idiopathic hypersomnia (IH) is a persistent neurological sleep disorder. A hypersomnia condition is referred to as IH when no immediate cause for excessive sleepiness can be identified. For people with IH, waking up proves to be a great struggle. Several measures, including multiple alarms, fall short of helping them wake up from sleep at stipulated times.

Is too much sleep bad for you?

Sleeping for more than 10 hours every day is considered excessive sleeping. It does not make you sick directly, but it is a habit associated with certain severe health concerns. Diseases like type II diabetes, excessive obesity, heart conditions, headaches, and chronic muscle pain are closely associated with oversleeping. Sleeping extra also takes away from the time that could be spent socially or doing pleasurable activities, which may deteriorate your mental health.

A healthy adult is supposed to get 7 to 9 hours of good sleep every day. If you continuously sleep for less than 6 hours daily, you will suffer from sleep deprivation, fatigue, and even neurological and psychological disorders in the long term. Simultaneously, sleeping excessively is not good. Sleeping in excess after prolonged sleep deprivation is not hypersomnia. A lot of us happen to sleep in a little extra on the weekends after long, tiresome weeks of work. While it is not advisable to break your regular sleep-wake schedule to avoid hampering the healthy circadian rhythm of your body, there is no harm in sleeping a little extra from time to time.

How can excessive sleepiness be treated?

These can be done with healthier alterations to lifestyle and diet as well as with the help of medications. Compounds like melatonin help in maintaining the circadian rhythm and, thereby, the sleep-wake cycle. It also promotes quality sleep. Eugeroic drugs like modafinil also help in “fixing” the sleep-wake cycle in your body.

A summary of hypersomnia causes and treatment

A healthy lifestyle depends on getting enough sleep. If you can determine what is causing your excessive sleepiness and get treatment, you should feel more energized and have better concentration during the day. If your doctor doesn't inquire about your sleeping habits, mention your symptoms of daytime sleepiness and ask about solutions. Don't suffer from constant fatigue when you could be suffering from a condition that can be safely and effectively treated.

Page Content
What makes you sleep too much?
Narcolepsy
Sleep Apnea
Restless Legs Syndrome (RLS)
Depression
Side-effects of medication
Aging
Idiopathic Hypersomnia (IH)
Is too much sleep bad for you?
How can excessive sleepiness be treated?
A summary of hypersomnia causes and treatment
Inference
;